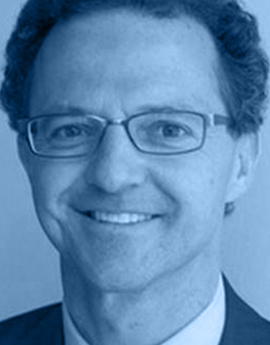 CV (EN): Jacques de Werra is professor of contract law and intellectual property law at the Law School of the University of Geneva, Switzerland since 2006 and is vice-rector of the University of Geneva since 2015 (where is in charge – among other missions – of leading the University’s digital strategy,www.unige.ch/digital). He was a Faculty Fellow (2012-2013) and a Faculty Associate (2013-2014) at the Berkman Center for Internet and Society (at Harvard University) and has held visiting professor positions at various universities, including Stanford Law School, Nagoya University and City University of Hong Kong. Jacques de Werra researches, publishes and speaks on intellectual property law, contract law and Internet, IT and technology law. He has developed a particular expertise in IP commercial law including transfer of technology, licensing and franchising, as well as in alternative dispute resolution mechanisms for IP and technology disputes (specifically arbitration). He has widely published in leading law reviews (including the Harvard Journal of Law and Technology and the Columbia VLA Journal of Law and the Arts) and has authored / edited various books of reference including a Research Handbook on Intellectual Property Licensing (Edward Elgar 2013) and (in co-edition with Prof. Irene Calboli) the Law and Practice of Trademark Transactions (Edward Elgar 2016). He is the coordinator for the University of Geneva of the joint WIPO – University of Geneva Summer school on Intellectual Property and of the University of Geneva summer school on Internet law (www.internetlaw-geneva.ch).

Jacques de Werra is the scientific editor of an IP books series (www.pi-ip.ch), in which the proceedings of the annual intellectual property law conferences that he organizes at the University of Geneva are published (www.jdpi.ch). He holds a law degree from the University of Lausanne (Switzerland) and has authored a doctoral thesis in Swiss and comparative copyright law which he completed as a visiting scholar at the Max-Planck Institute for Intellectual Property, in Munich in 1996. He has practiced law in Switzerland, has obtained an LL.M. degree from Columbia Law School in New York City in 2001 and has passed the New York bar exam in 2002.